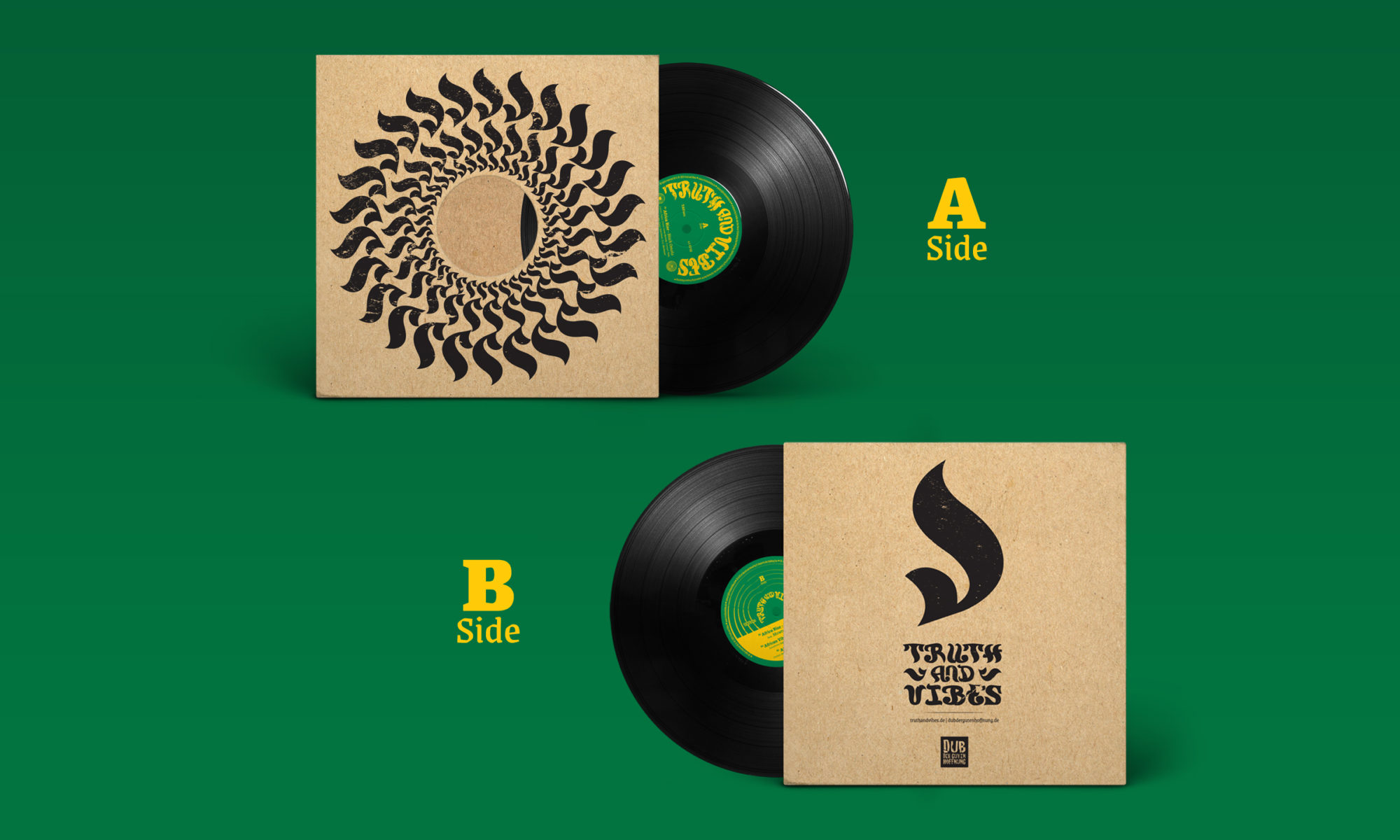 The story of this release began in 2016 when the Portuguese DJ and singer group Real Rockers were invited to play on our sound system at our regular session called Dub der guten Hoffnung. Louie Melody singjay of the group and superb multi-instrumentalist left us with several drum recordings to collaborate on. Don Oscar used one of these drum recordings and produced a tune with Joyful Lion on saxophone. The project stayed in the drawer for a while until we decided to continue working on it, as we saw a lot of potential in the material and wanted to make it a vinyl release. So we got in contact with the Kenyan singer Black Omolo and asked her to record a vocal track, which turned out to be pure lyrical fire, lifting up motherland Africa and chanting down Babylon. In order to help the vocal to its full potential, we linked Vale to support the vocal with his trumpet skills in a question and answer scheme. Soon the bassline got a great reinterpretation by Tricky and everything was sent again to Louie, to record guitars, organ and some percussion instruments.
Over the summer of 2020, Darkwing Dub arranged, mixed, dubbed the song in his Studio and also created his own dub version. During this time our friends Dubbing Sun started to work on a remix. It eventually developed into a very independent project. Large parts of Black Omolos vocal track were replaced by Mowty Mahlyka, taking the theme forward. For the instrumental version Joyful Lion on saxophone and Piya Zawa on flute joined forces for a meeting of uplifting melodies. In the end, Don Oscar produced his own dub version of the original track featuring the skillfull multi instrumentalist Felix Martl on the clarinet.